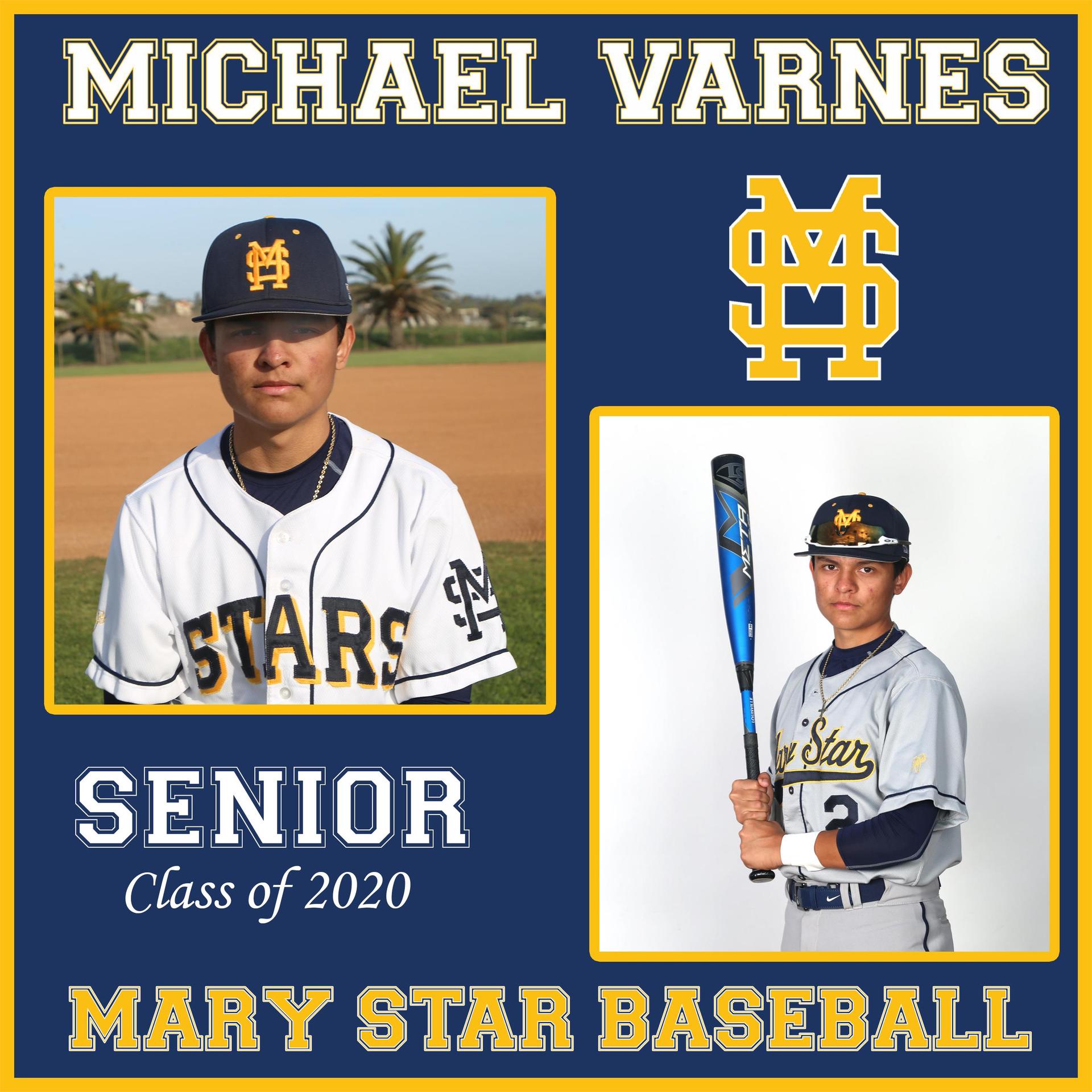 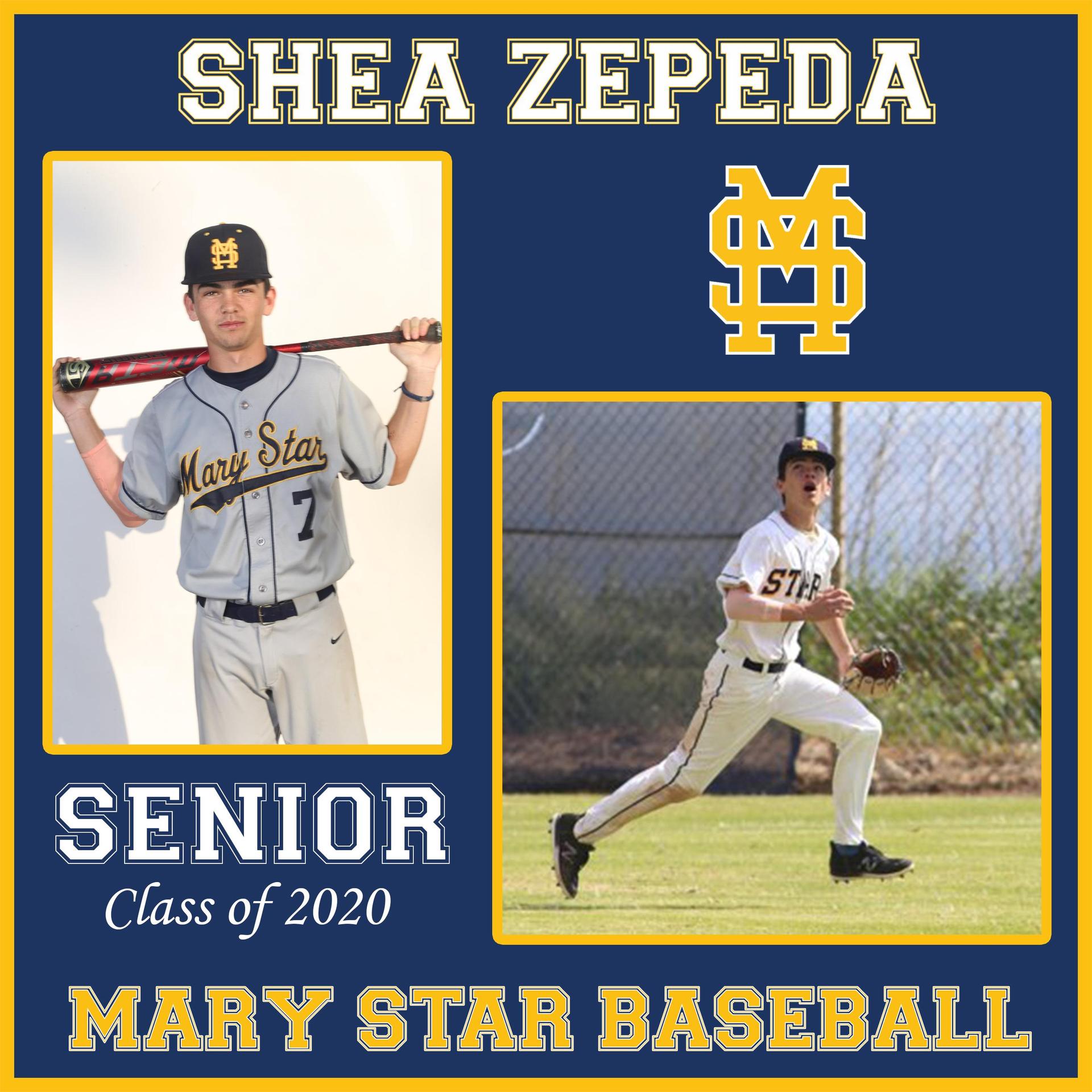 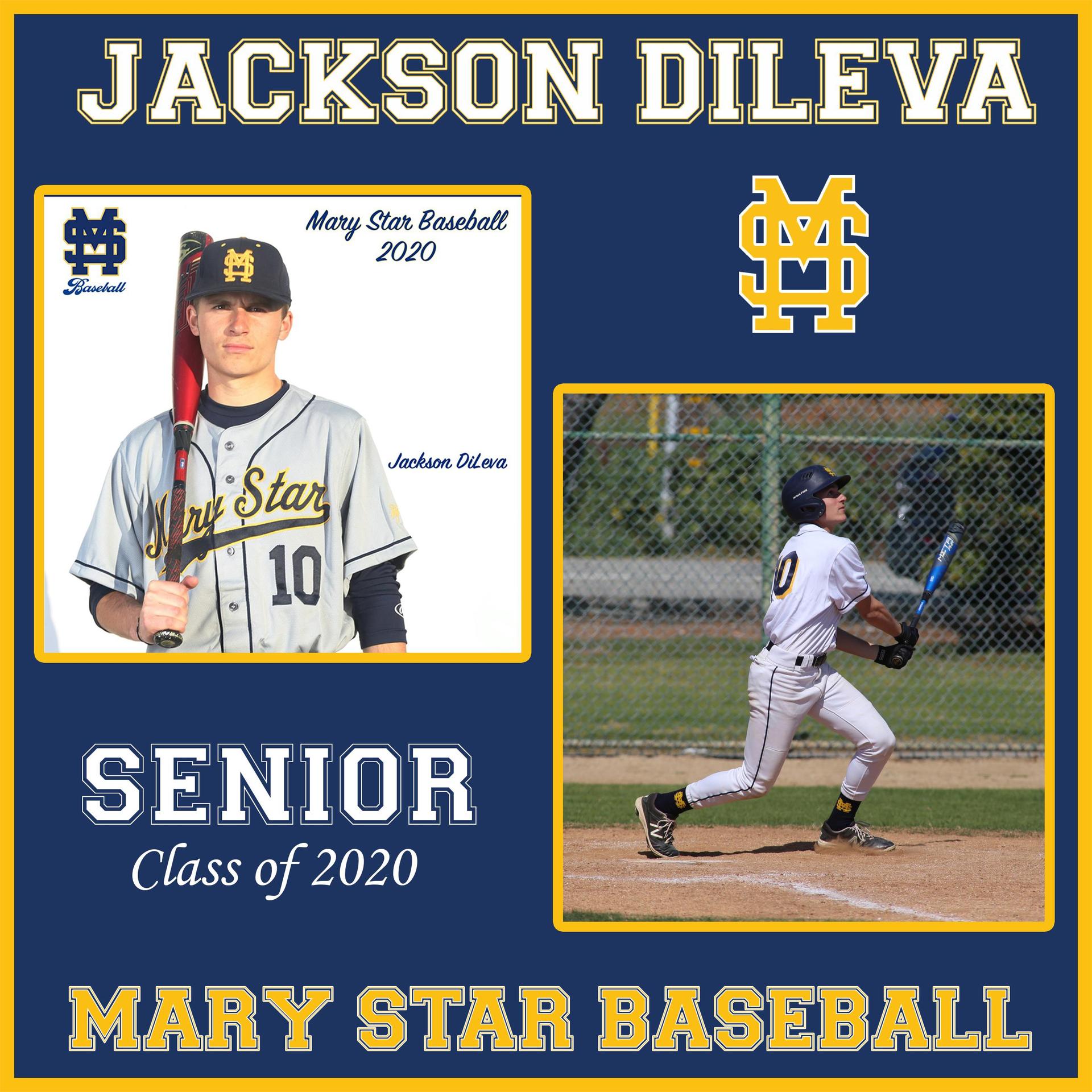 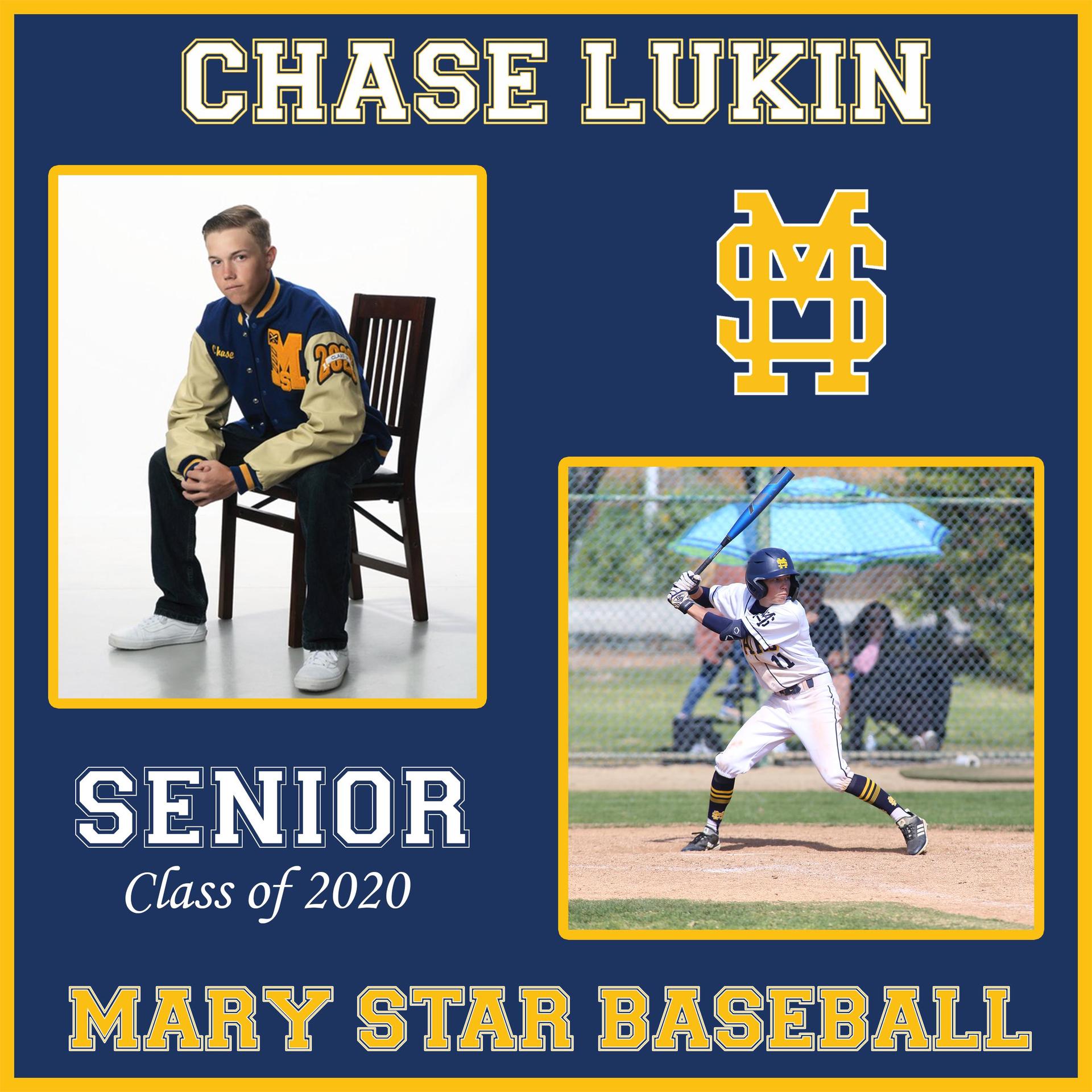 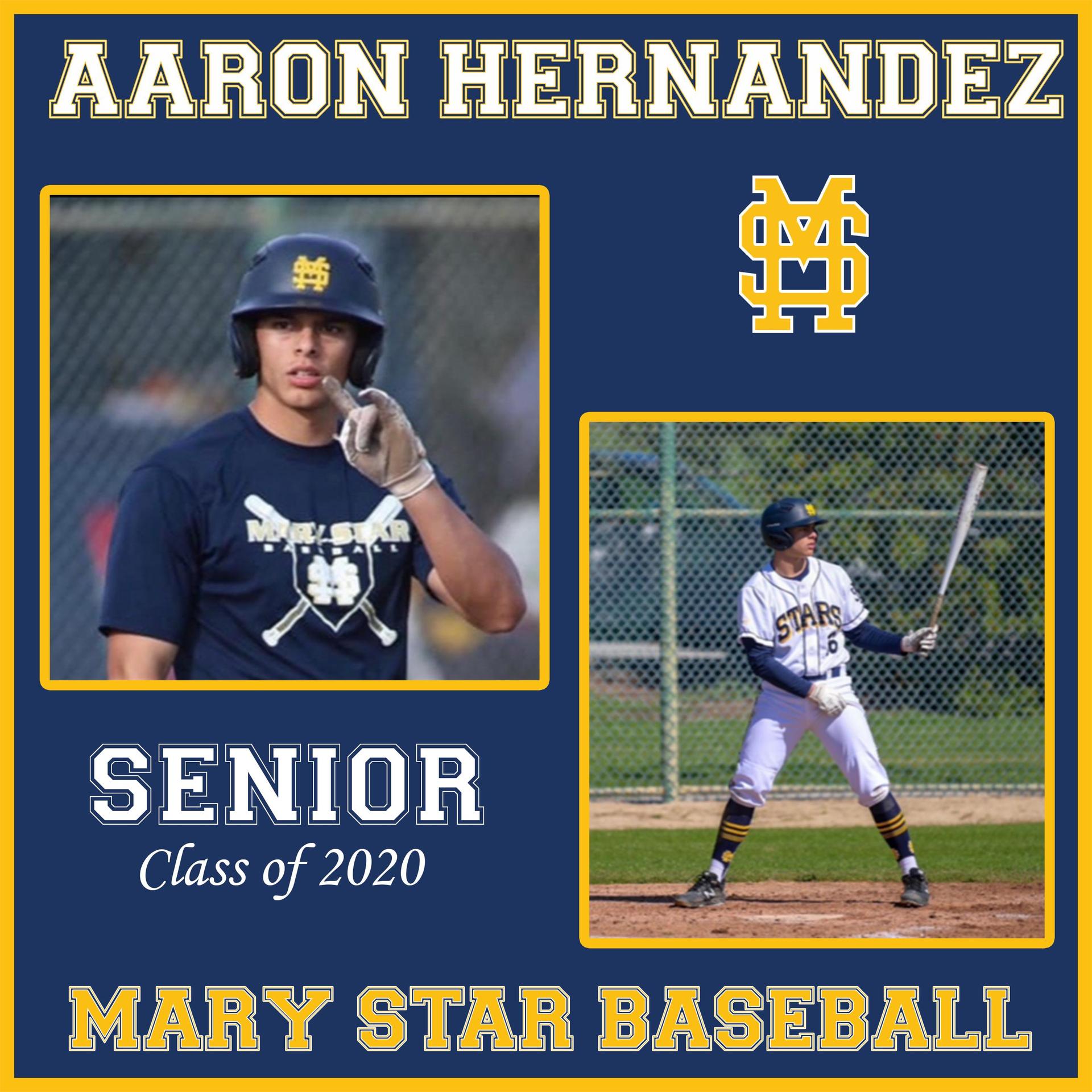 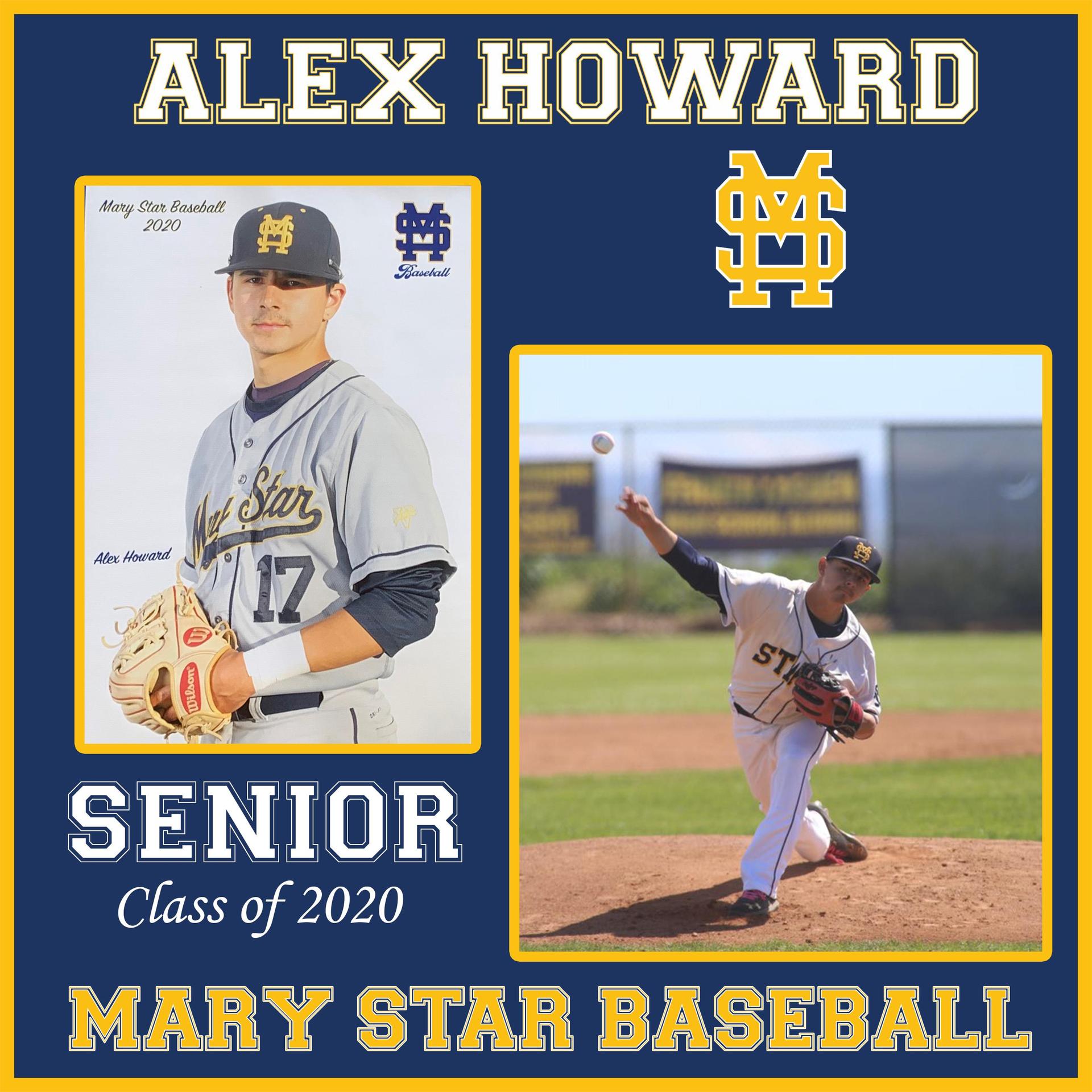 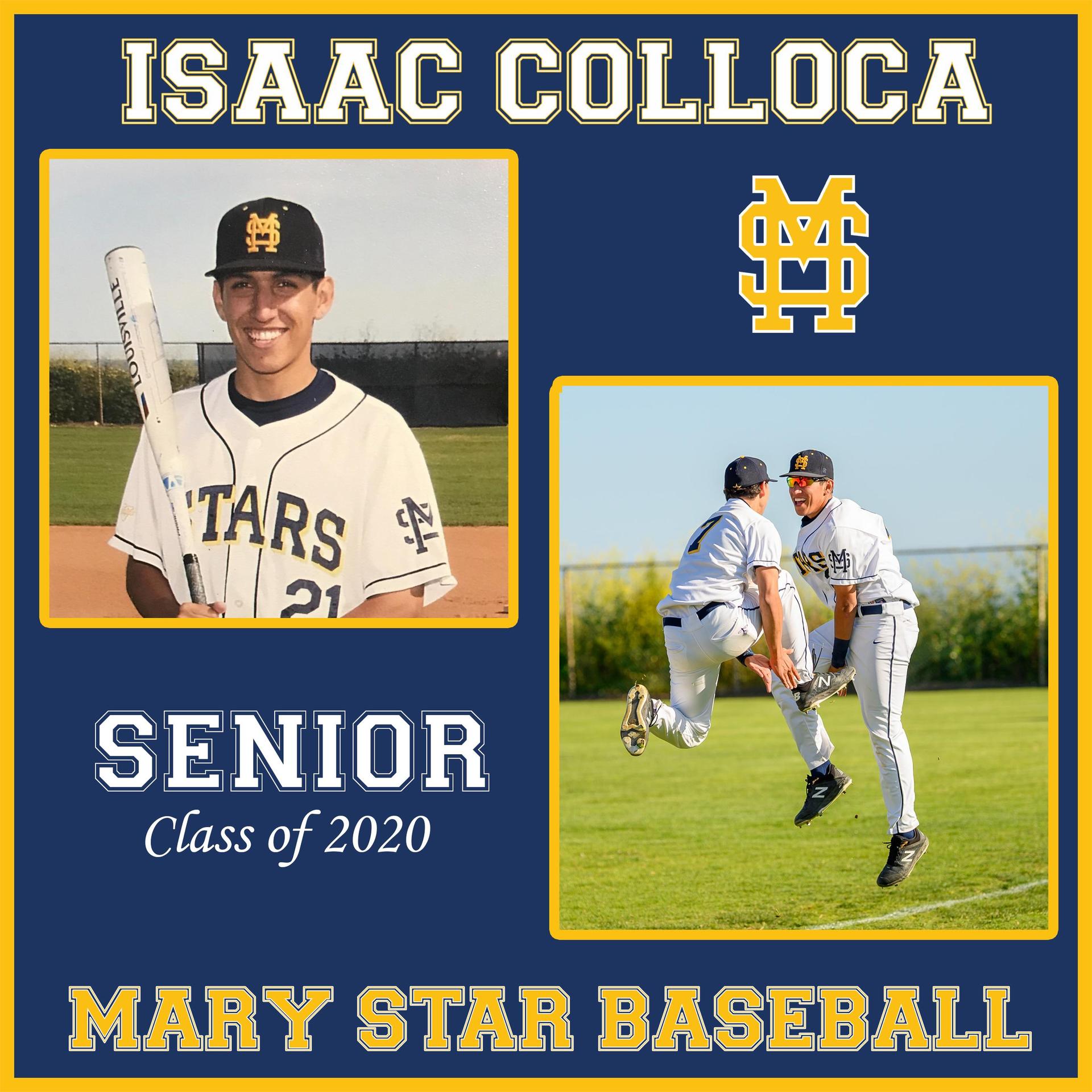 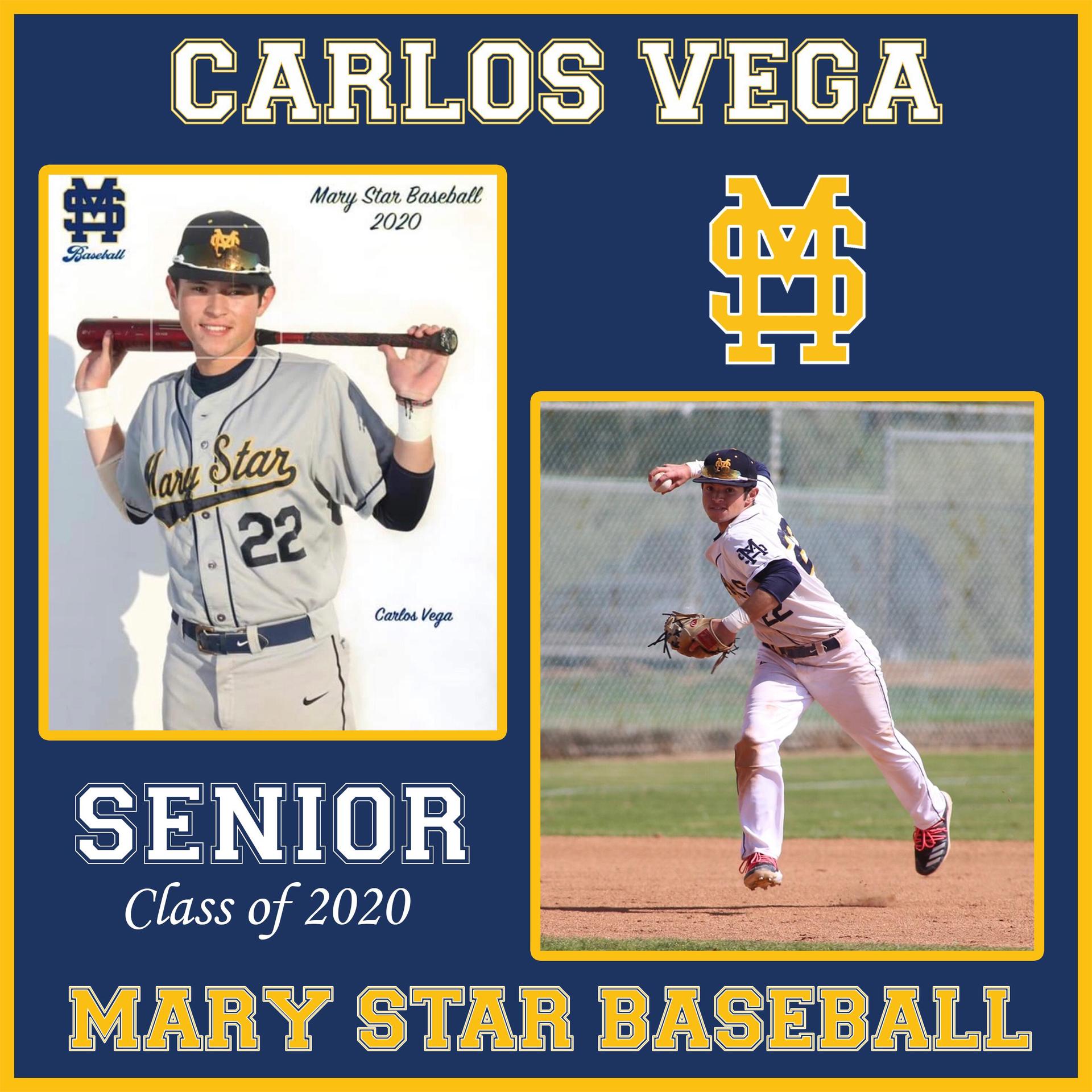 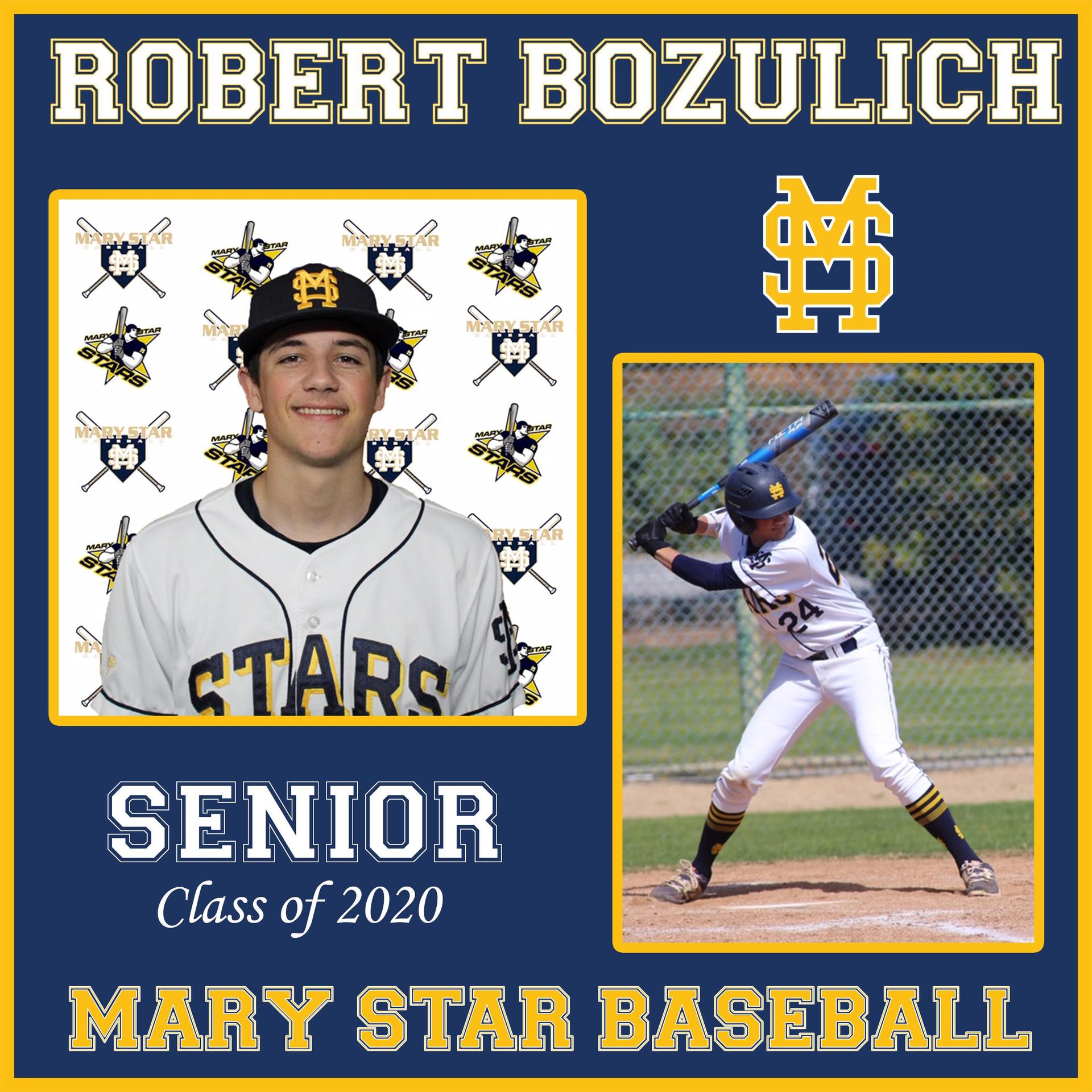 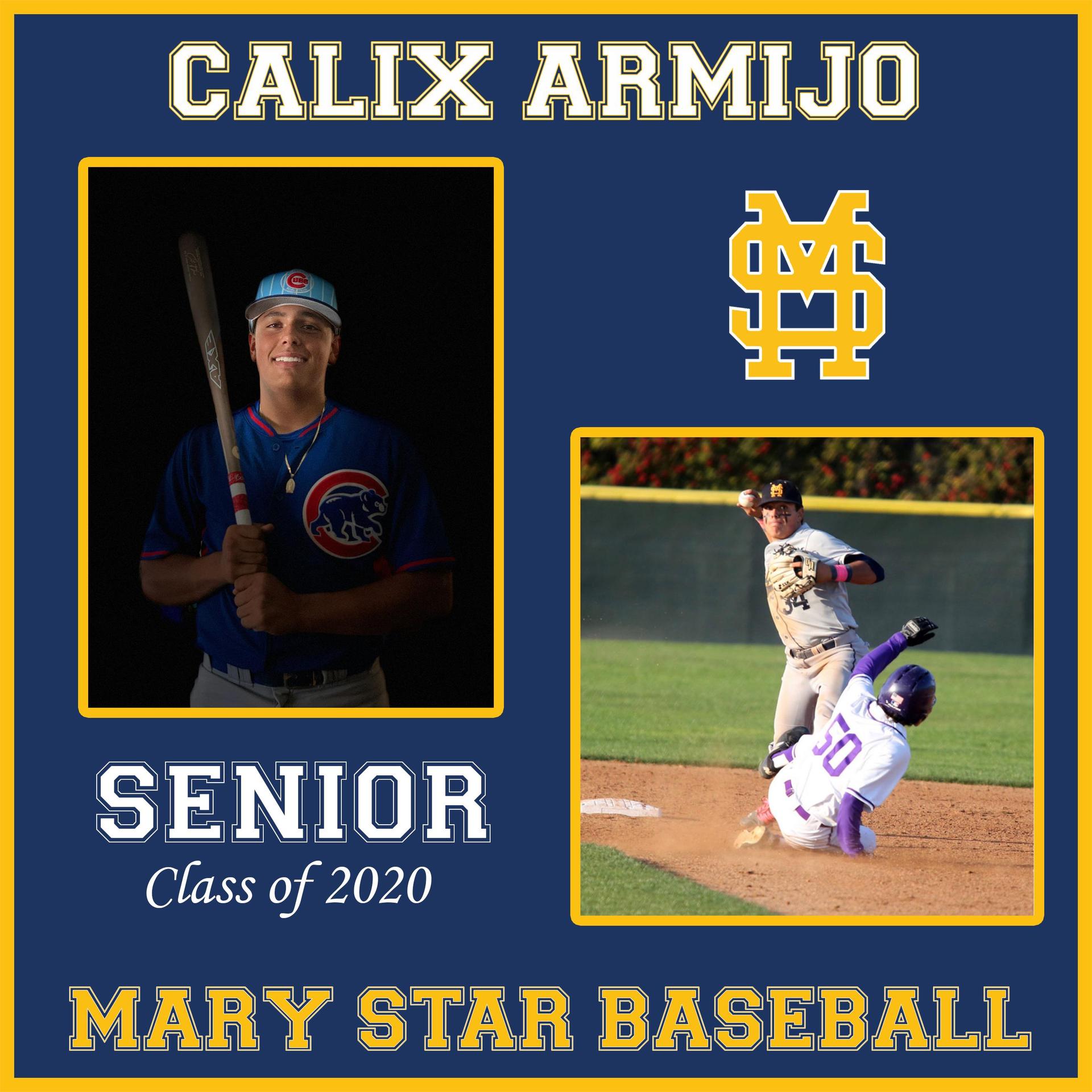 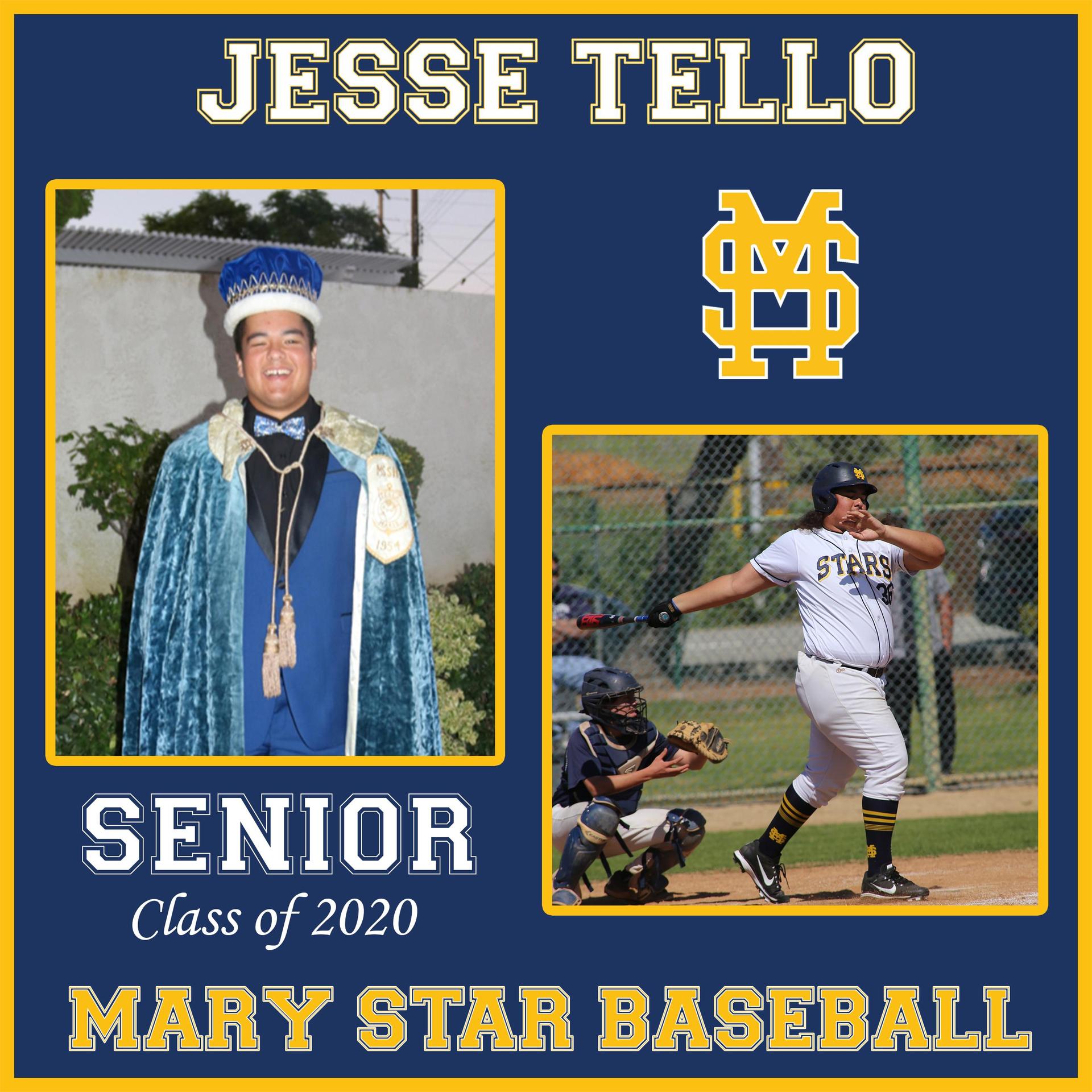 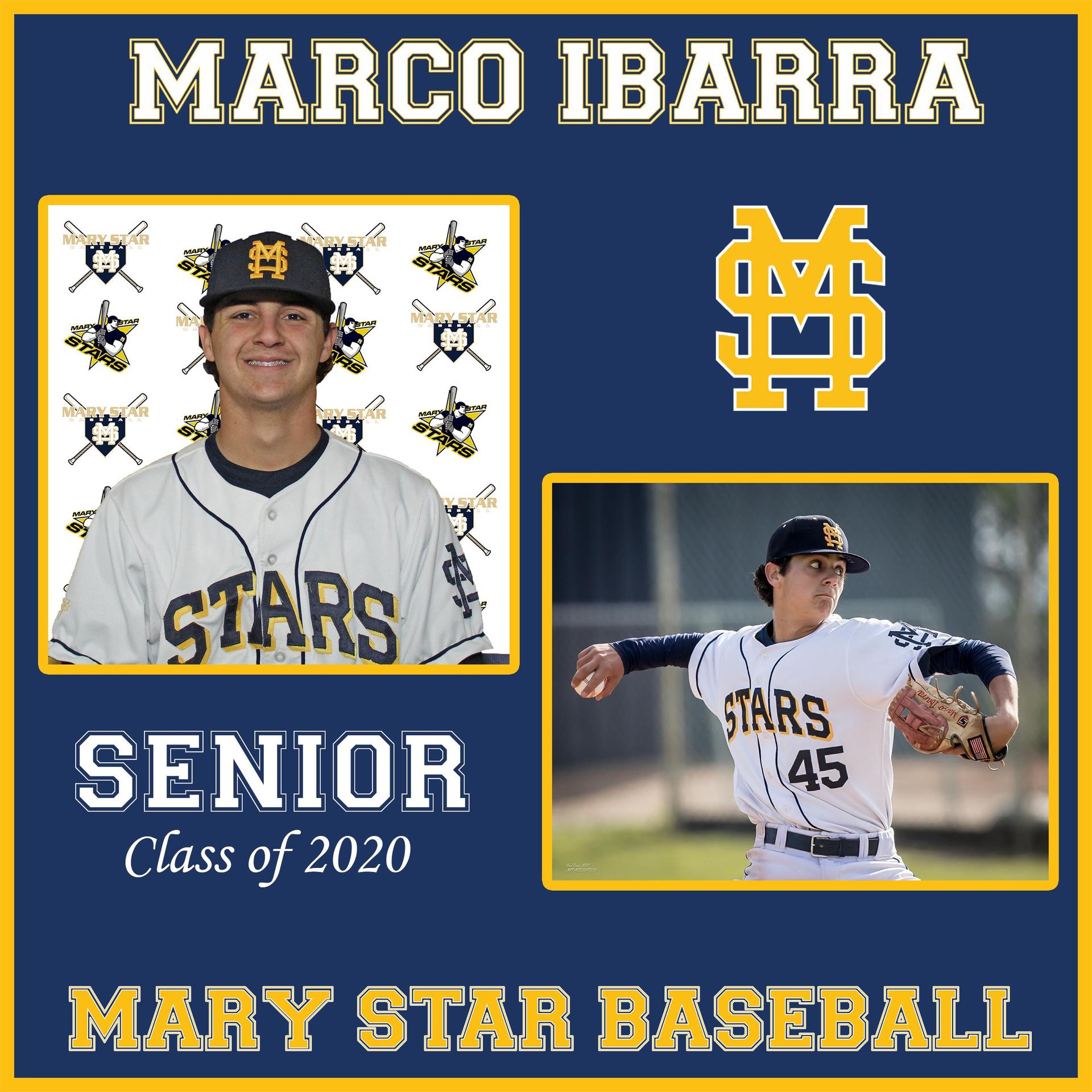 We can't express just how proud we are of you.  Your accomplishments on and off the field have been a true reflection of your discipline and dedication to your goals.  Your determination has been impressive and a true reflection of who you are.  One's character is determined by their actions and you have shown that, despite any hardships that we have encountered, your character as a true man has and will always persevere.  Always remember that as long as you remain true to who you are you will be successful in any future endeavors.  We wish you all the luck and success with your future through college and as far as baseball takes you.  Always follow your passions and everything else will come!  We love you to infinity and beyond PaPa!!! ~Mom & Dad, YaYa & Xely

Robert Bozulich #24
Robert played baseball all 4 years for Mary Star, his positions were Pitcher,1st Basemen, and Outfielder.  Robert truly enjoyed his time playing for Mary Star and he definitely will miss his teammates/friends and coaches.  He’s excited to start a new chapter in his life following his graduation from Mary Star High School.  After graduation Robert will be attending either Cal Poly Pomona or El Camino College this upcoming fall.

Isaac enjoyed being a part of the MSHS baseball family all four years of high school. He’s appreciated the guidance from coaches, bonds with teammates, and lessons learned.  It’s heartbreaking that senior season was cut short, but the memories made on Fromhold will never be forgotten. Congratulations Isaac and Seniors! We are so proud of you.

Jackson has enjoyed the past four years playing baseball at Mary Star.  He is planning to attend college at Cal Poly San Luis Obispo majoring in construction management and would like to own his own business one day.

Aaron has played baseball at Mary Star all 4 years. He started on Varsity his sophomore year. Along with baseball he has played football and continued to be on honor roll.
Aaron will attend college at either Cal State Maritime or Cal State San Marcos. He would love to continue to play baseball in college.

He is unsure of his dream career but he will major in International Business or Business/supply chain management.

Alex is a two year starter for the Stars and has played virtually every position on the field. He has loved baseball his entire life and hopes to play in college. He’s my son, a brother, a grandson, and a nephew. He is our world! After college he plans to become an electrician.

Marco Ibarra is a 4 year varsity starter for the Mary Star Baseball Team. He is also an All League football player, member of the Student Council while maintaining a 4.3 GPA. Although he is undecided, he plans to play baseball at the college level. After college, he will pursue his dream to be a firefighter.

We are so proud of the man you have become and everything that you have accomplished over the last 4 years at Mary Star. Your hard work on and off the field is nothing short of amazing. National Honor Society , Principals Honor Roll all 4 years, California Scholarship Federation  and a high GPA have given you the chance to follow your dreams of attending Marymount California University on a Athletic Baseball and Academic scholarship, Majoring in Criminal Justice. Stars the limit!! You have dedicated yourself to achieving your dreams and now they are becoming reality. We love you to the moon and back!! Class of 2020!! Mom, Dad, Ty

Jesse transferred to MSHShis junior year and it was great for him as his grades improved, he met more friends, and he played football. Even though Jesse was a transfer and had to miss the first five games of his junior season, the moment he was able to play he did great and in the end was awarded with Camino Real Lineman of The Year, All Area, All League and All-CIF Southern Section. In his Senior year, he also succeeded with football and got all of these same awards, again!

As many know Jesse for being funny, outgoing, and kind, he was voted Mary Stars Homecoming King. When he was a young boy, he loved magic and talking in front of people so his parents enrolled him in Barbizon Modeling and Acting School for a short time and did well with his time there.

Jesse has a great personality and is a smart young man. He has not yet decided exactly what he wants to do after graduating high school, but he has shown great interest in playing college football and operating tug boats. He will do well at anything he puts his heart into.

Michael hopes to eventually play Division Soccer, play around the world and continue his education. He will be attending El Camino College next Fall where he plans to major in architecture. His hobbies include sports, primarily soccer, video games, hanging with friends, listening to music, and eating the entire kitchen.

We are excited to see what the future holds for him and his soccer career and will continue to support him in all his future endeavors. May his dreams come true and may he travel the world following his soccer dreams.

He hopes to continue to play this sport at the next level for as long as possible, while getting a higher education. As far as his future career aspirations, he would love to come back to his community as a coach and give back to future generations and share his knowledge of the game.

Shea has enjoyed his time at Mary Star of the Sea High School. He appreciates the many staff members who have guided him during his 4 years of High School.  Shea enjoyed spending time supporting the football program while helping Coach Gelber film the team for his Christian service hours.  His most favorite part of high school was spent on the Fromhold baseball field where he developed as an athlete and young man.  Shea takes away great memories from Mary Star as well as his growth on and off the baseball field as he enters the next phase of life. He aspires to serve our country as a Marine Reserve and is exploring trade school opportunities in his future.