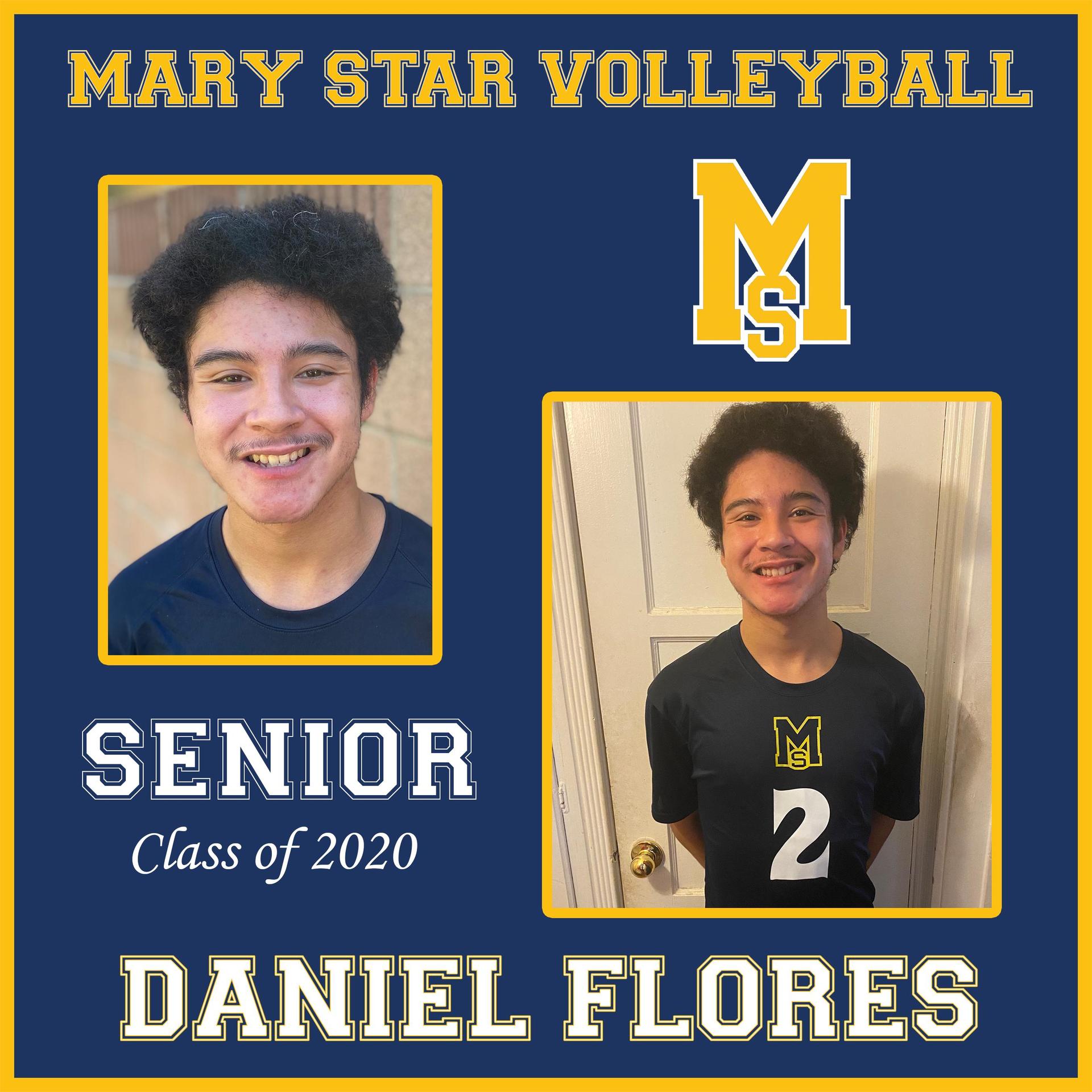 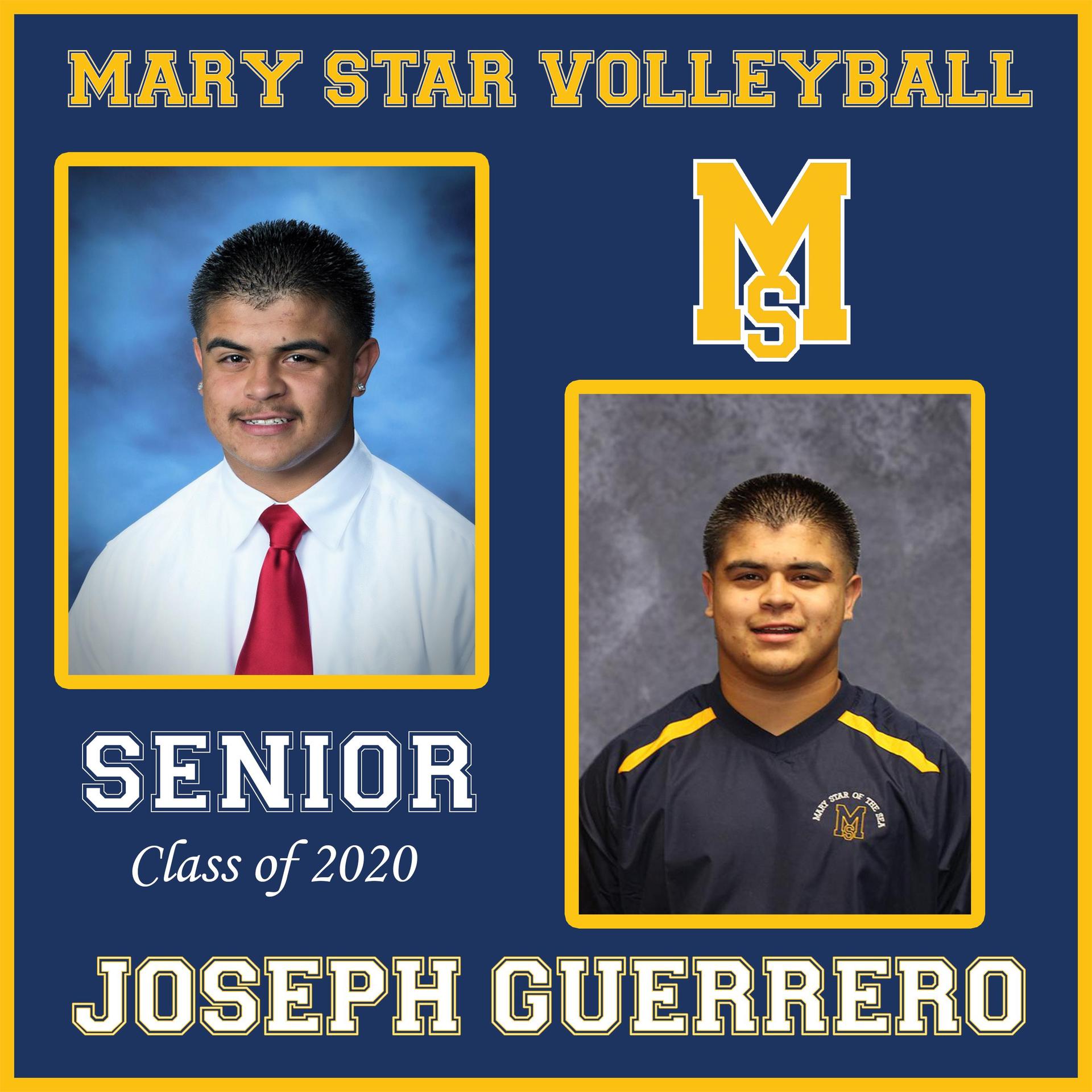 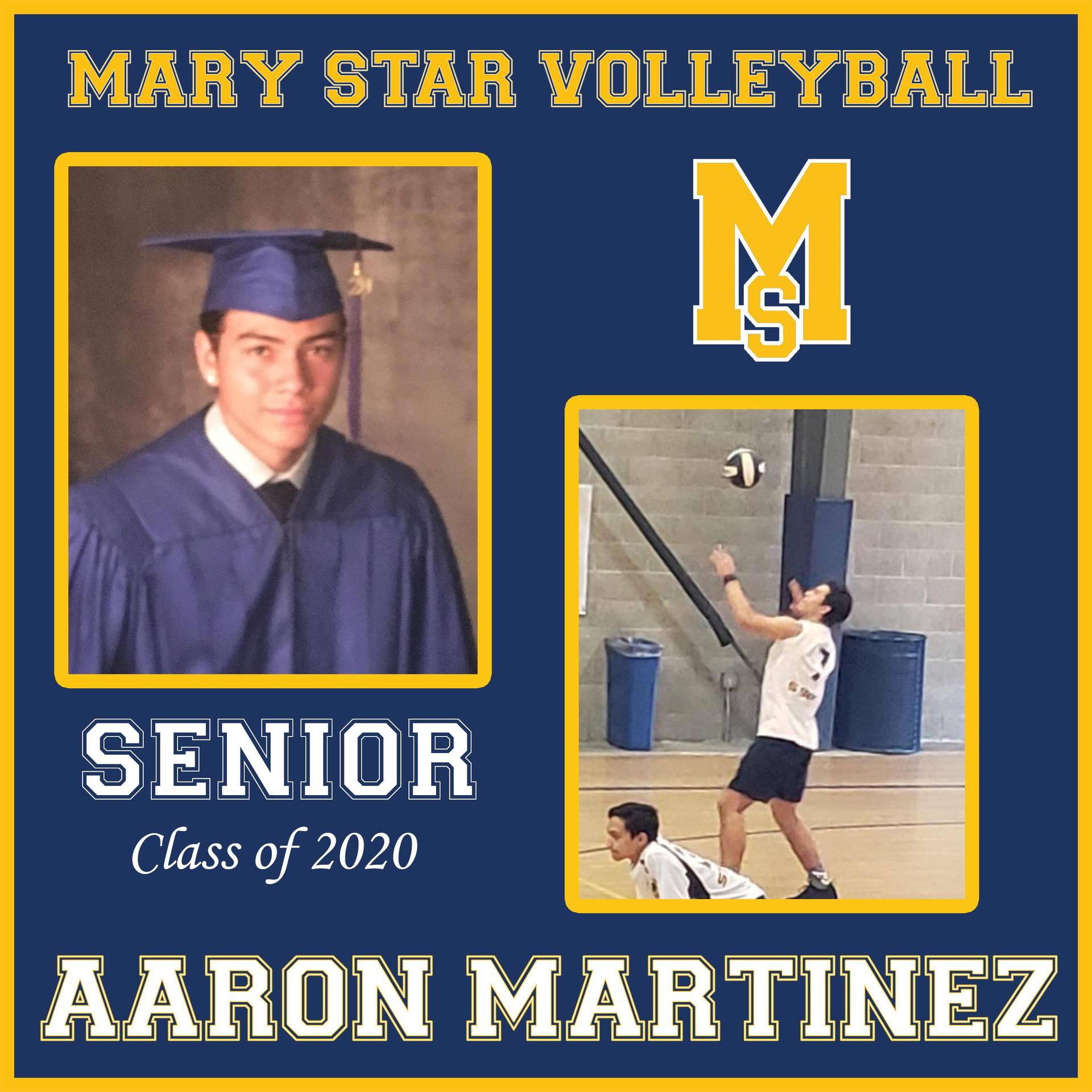 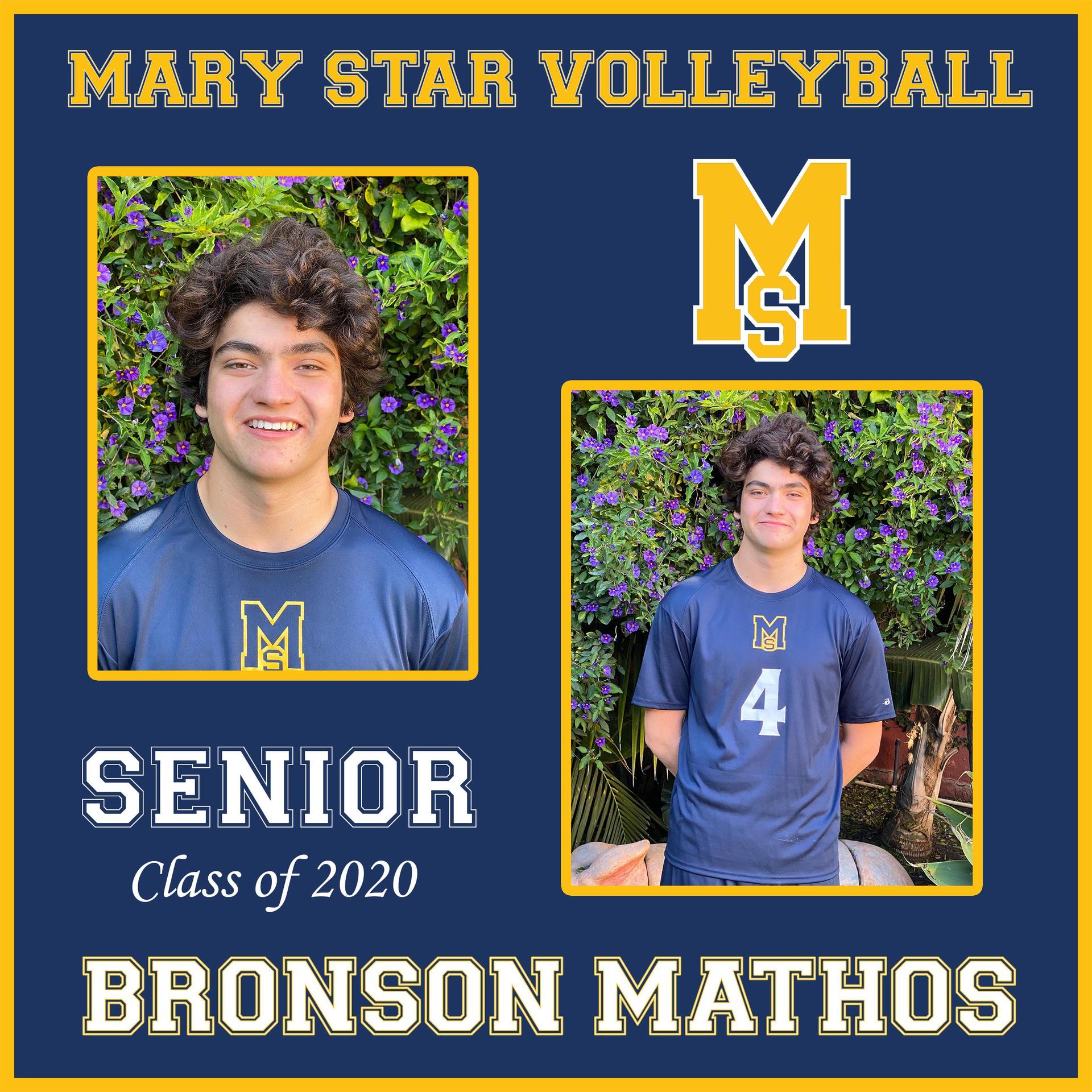 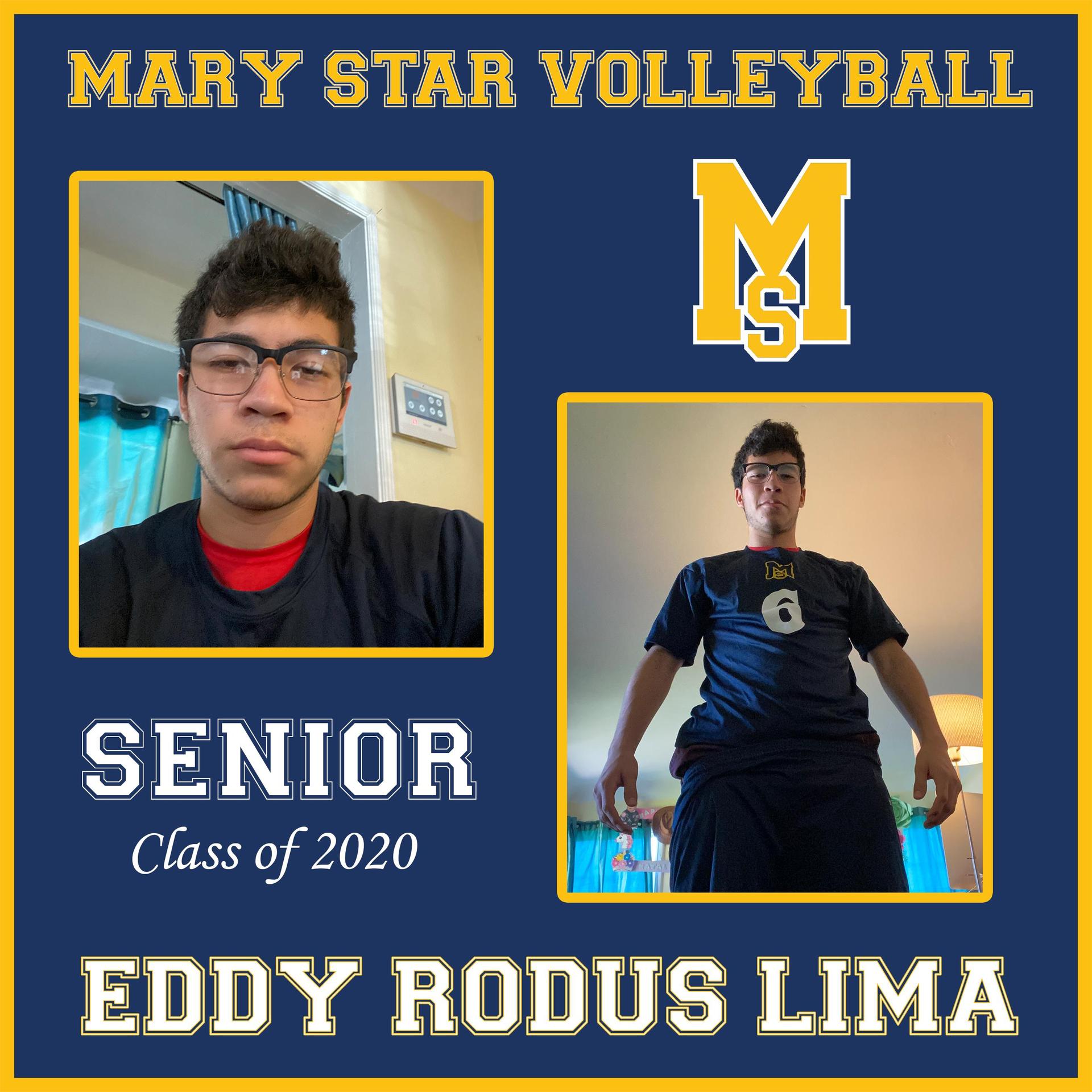 Eddy Rodas Lima has played volleyball for two years. His favorite memory was when he saved a ball from falling onto the ground with his foot. Advice to youngsters: have fun.

Eddy has achieved a 4.0 gpa throughout high school and received service awards. President of Green Team.

I want to thank coach Vic for being a coach though it was only a short time. I plan to study environmental engineering at UCSD.

Daniel Flores #2 Daniel Flores has played on the volleyball team all four years of high school. His favorite memory is when he dove for the ball and kept in play with just one hand during a tournament his senior year.

Daniel intends to attend a four-year university with a major in Kinesiology.

Bronson Mathos number 4. Bronson has played volleyball all four years of high school and his most cherished memory is when he fell on his teammate Daniel Flores during a tournament.

Bronson Mathos has been a recipient of Principal's Honor Roll for all four years at Mary Star, and is a member of CSF NHS since his sophomore year. Bronson is also president of Mu Alpha Theta and is a member of the Columbian Squires. Bronson received the CIF 2nd Team All League for volleyball in 2019.

Bronson Mathos would like to thank his loving parents and sisters for getting him to where he is today. Bronson will be attending UCLA in the fall and plans to major in biology.

This was my first year playing volleyball. My favorite moment from the short time playing was the practices and before the games. I loved how we always had fun. I plan on going to college to play football and studying biology and medicine. I want to become an orthopedic surgeon. I want to thank Coach Vic for becoming our coach.