Karina Woehrstein
Student-Athlete
California State University Northridge
Featured in Sports Illustrated's "Faces in the Crowd," Woehrstein had 498 digs (5.6 per game) in 2008 as a sophomore libero at El Camino Community College. She was an All-South Coast Conference and all-state selection as well as state tournament MVP for the state-champion Warriors. El Camino was 74-5 and won two state titles during her two seasons. Woehrstein was also named all-state in 2007.
In 2009, she enrolled at Cal State Northridge and contributed to the volleyball team as a defensive specialist/libero for the Matadors under head coach Jeff Stork.
In 2010, Woehrstein started the season as the Matadors' libero and then spent the last two-thirds of the season playing primarily as a defensive specialist. She finished fourth on the team with 226 digs, an average of 1.84 digs per set.
"The beautiful thing about collegiate athletics is that these players come for a degree," said Stork. "As nice as it is to have quality volleyball players it's real nice to see kids graduate." 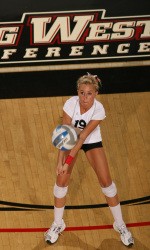 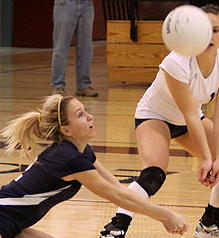