Andrie said he wanted to spend more time with his family. "I talk so much about family, so I realized I had to be there for my own," he said.

Andrie praised the Mary Star athletes, parents and Principal Rita Dever for their support over the years. Yet he said the demands of being a high school football coach took a lot of time away from his own family, particularly Alexis, a sixth-grader at Holy Trinity School in San Pedro. "I've missed a lot of her sporting events and activities due to the time I had to devote to the school, and I can't ever add that time back," Andrie said. "I just want to be there for her now. It's something I need to do and something I want to do."

A Mary Star alumnus, Andrie had two stints as varsity football head coach that equated to 15 years at the helm. His teams tallied six league championships, qualified for the CIF playoffs 13 times and reached the CIF semi-finals twice.

Ms. Dever praised Andrie for his work ethic and commitment to the Stars. "Over the years, his greatest achievement was his ability to help mold boys into responsible young men," Dever said. "He is such a great family man and does so much for our school. He truly is a great example for his players, coaches, alumni and colleagues."

Andrie is proud to be associated with his alma mater where he starred as a student-athlete in the late 1970s and was a member of two league championship teams. In 1978 he set the school's single-game rushing record with 315 yards and was named to the All-Santa Fe League Team.

After graduating from Mary Star in 1979, he immediately joined the football coaching staff as a junior varsity assistant.

Hired as varsity head coach in 1994, Andrie led Mary Star to a Santa Fe League championship and 11-2 overall record. The Stars reached the CIF semi-finals, but suffered a heartbreaking 7-6 loss to #1 ranked Orange Lutheran in overtime.

Mary Star reached the playoffs in in each of the next two seasons. Andrie took a break from football for a few seasons and returned to Mary Star as head coach in 1999. That year, the Stars captured the Santa Cruz League championship while posting a 7-3 overall record. The 2001 Stars went 9-3 and reached the CIF semi-finals, but were defeated by Paraclete, a team on its way to a 5th straight CIF championship.

Looking back at his years at Mary Star, Andrie was able to maintain some traditions while establishing new customs at the new Mary Star of the Sea High School campus which opened in the fall of 2007. He created a family atmosphere by including players' families along with his wife and children in team Masses, meals and functions. Parents of players were also invited to join the team in the locker room for the homecoming pre-game pep talks and prayers.

One tradition that Andrie continued during homecoming was leading his team as they marched from the old 8th Street campus through the alleys to Daniels Field on 12th Street. 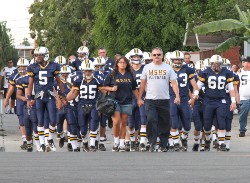 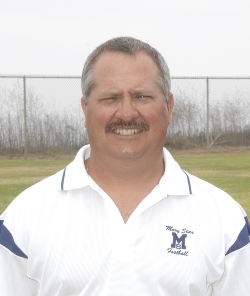